A new found atmosphere sweeps the city of London at night.

Theatre-goers populate the restaurants for their pre-show meals before making their way to London’s famous West End and its top quality theatre shows. The pubs and bars are full of office workers having after-work drinks, with people spilling out onto the pavements on a warm summer’s evening. Oxford Street and Regent Street are still buzzing with shoppers – locals and tourists alike and iconic locations such as Leicester Square, China Town and the South Bank are a hive of activity. London has a diverse and popular music scene – catch a live performance at venues ranging from an intimate local bar to the 02 or Wembley stadium. Or why not check out one of the many comedy nights or go clubbing.

Going to the O2? Check out our YouTube video for a seating view from Level 4

Throughout the year outdoor cinema popups can be found around London. They range from big screens in parks to cosy rooftop cinemas.
For example:
Rooftop Film Club
Somerset House
The Luna Cinema

There are many cinemas in London, with chains such as Cineworld and the Odeon or independent and art cinemas.
Tip: Just off Leicester Square is the Prince Charles Cinema which offers discounted films
Tip: If you make a purchase through www.comparethemarket.com you can get 2 for 1 cinema tickets (terms and conditions apply).

Be in the audience and watch TV show recordings for free – or take part!
SRO audiences
Lost in TV
Applause Store
BBC Shows 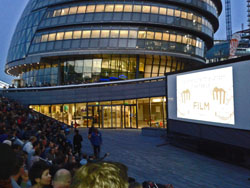 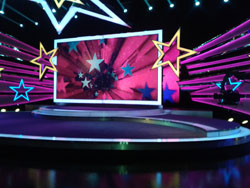 The possibilities are endless in London – no matter what type of food you feel like, London will have it. Whether you’re looking for Michelin Star cuisine, Indian, Chinese, Lebanese, Thai, Moroccan, Vegetarian, Italian, South American, burger or fish and chips, London has it all!

tastecard is the largest dining club in the UK, and now you can save even more with exclusive tastecard+ discount offers and giveways too!

Check out meetup.com to find meet up groups of interest to you, they could be cinema groups, pub quizzes, sports activities, pub meet-ups, speed dating, etc.

Transport in London at night has become even easier at the weekends, with a Night Tube service running on Fridays and Saturdays on the Victoria, Central, Northern, Jubilee, Northern and Piccadilly lines (some exceptions apply).
Tube services finish around mid-night on the other lines and during the week.
Night bus services run during the week nights as well as weekends.